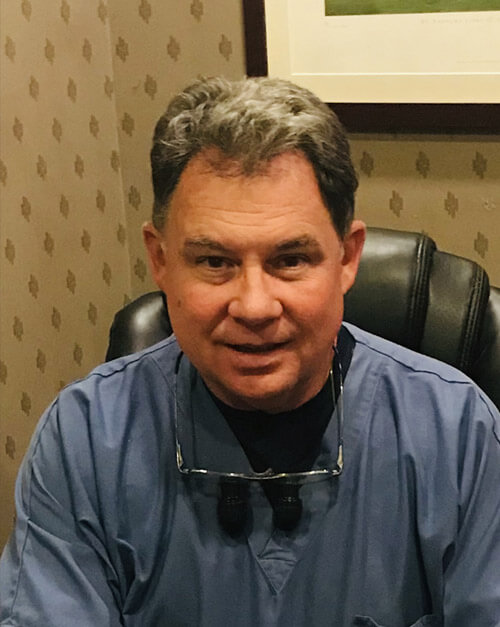 Dr. Jennings was born and raised in Terre Haute. He earned his Bachelor of Science, or Life’s, degree from Indiana State University in 1981. He attended Indiana University School of Dentistry and earned his Doctor of Dental of Surgery degree in 1985. He practiced as an associate dentist with Tri-State Family Dental Center in Evansville, Indiana, for two years.

Family and Interests
Dr. Jennings has been assisting his alma mater, Indiana State University, with their sports team’s dental needs for over 25 years. No matter if it involves construction of custom mouth guards or trauma management, he and his staff do their best to help keep the student athletes dental healthy.

Dr. Jennings has three children, twin daughters Alexandra and Jordan, and son, John. Alex and Jordan graduated from Butler University in Indianapolis. Jordan (Jones) currently lives in Nashville, TN with her husband Will and is an orthoptist at the Vanderbilt Eye Center.

After Butler, Alex completed her master’s in Biology at Purdue University on the IUPUI campus. She now lives in downtown Boston, MA and attends Tufts University Dental School.

John is currently involved with Happiness Bag and Grace Unlimited (Mt. Pleasant Church) in Terre Haute. He loves time with his family and friends and prides himself on never meeting a stranger. Rather than a handshake, he would much prefer his classic “high fives”! 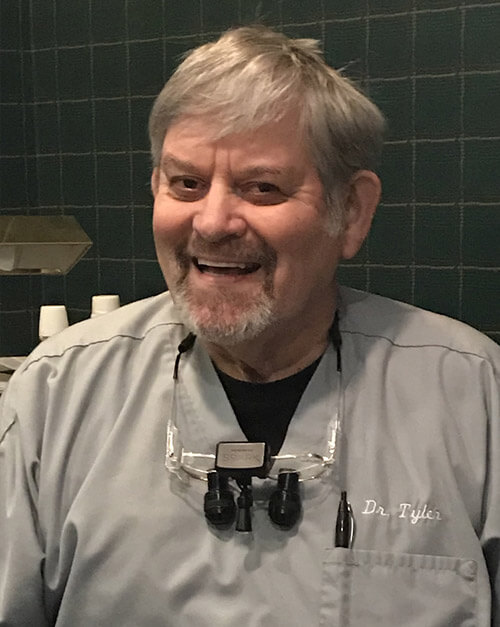 Dr. Tyler was born in Lebanon, Indiana, on November 9, 1947, the oldest child of William and Rosemary Tyler. He has one younger sister, Pam, who has two daughters. He lived in Clermont, Indiana, until his junior year in high school when his family moved to Brownsburg where he graduated in 1966, the president of his class.

Dr. Tyler attended Indiana University in Bloomington from 1966–1970. He graduated from I.U. in 1970 with an A.B. degree in Zoology. He went on to attend I.U. School of Dentistry and graduated in 1974 with a Doctor of Dental Surgery degree.

He started his own dental practice in October of 1974 in the C & E Pharmacy Building, which later became Toler Pharmacy and what is now Avon Sports Apparel. There, he practiced until March of 1996 when he opened a new office at Prestwick Pointe. In December 1999, he sold his private practice and continued working there until November of 2001.

He left his practice in Avon and began his association with Mobile Dental Services, Inc., providing much needed dental care for patients in nursing homes. In February of 2002, he also began an association with the Wabash Valley Dental Group. In the September of 2006 he joined Emergency Dental Services of Indianapolis. In 2008, Dr. Tyler began a very rewarding second career at the Department of Corrections in Putnamville, IN as there staff dentist.

He finds both of these working environments very rewarding and satisfying. In the last 29 years, he has attended over 350 hours of continuing education courses on a wide variety of topics to stay current.

Family and Interests
He has two adult sons, Alex and Austin. Alex, who is moderately mentally handicapped, works at the Goodwill in Avon, IN. Austin, is a recent graduate of Rose-Hulman University and works as a mechanical engineer in Cincinnati, Ohio.

His interests include playing tennis, gardening, fantasy football & baseball, crosswords, Sudoku and rooting his Indiana University Hoosiers and the Chicago Cubs. For over 16 years, he sponsored teams in A.J.A.A. Dr. Tyler and his family has hosted foreign exchange students through A.I.S.E on five different occasions.

Dr. Jennings is passionate about following the “golden rule” — treating you the way he would want to be treated. Because of this, he constantly strives to deliver the highest standard of care. You can trust Dr. Jennings to never over treat or recommending unnecessary procedures. Your best interests are his only interests!

We want to make your dental experience as easy as possible! Between our convenient location, variety of appointment options and fair prices, we know we can satisfy your needs and become your family dentist for life! Enjoy dentistry focused on you.

Our patients love our friendly team, enthusiastic personalities and the welcoming environment we create here. From the front desk to the treatment chair, we will remain attentive and helpful, treating you with compassion and respect. Our genuine concern for you even extends after hours with follow-up phone calls. We truly love our jobs and love serving you!

Dr. Jennings takes a conservative approach to dentistry and will always keep your needs in mind when going over treatment options. We believe in honest dental care and are dedicated to finding the right solution for you! We believe that the least amount of dentistry is the best — you shouldn’t have to undergo or pay for treatments you don’t need!

We recognize that in order to determine what care is the best for you, you need to be fully informed regarding all your options. We make patient education a priority and do an excellent job in explaining your treatments and answering your questions. You can count on us to eliminate surprises, including cost! Our friendly team will estimate your insurance coverage and what your portion might be. We want you to be informed and feel confident in all aspects of your care!

From basic dental care to more advanced treatments, our team can meet most of your family’s needs! We provide general dentistry, endodontics, prosthodontics, oral surgery and more! Drs. Jennings and Tyler are skilled in a large variety of services and utilize the latest technology to help deliver the highest quality of care.